after it almost unmade

After It Almost Unmade: Action in Failing Systems

JMW Turner, "Fire at the Grand Storehouse of the Tower of London" (Detail) (1841)
What does it feel like to live in a world that is coming undone? And to know, either as embodied intuition or through a straightforward analysis of the facts, that there’s nothing you can do to stop it?

Tentatively titled After It Almost Unmade, my current book project is about living in a burning world. It shows how certain nineteenth-century writers bore witness to an emergent fossil-fueled catastrophe whose ruins we inhabit today. In response, they harnessed the capacities of art to comprehend what I suggest is a deeply contemporary feeling of powerlessness: the sense, all too common now, that individual action can do nothing to stop the breakdown of massively intricate global systems. In response to this early insight into the suicidal nature of modern life, the writers and painters I discuss developed new ways to understand action: collaborative, collective, and improvised, aimed not at heroic revolution but low-frequency, infrapolitical enactments of a livable world. In this way the book traces a prehistory of the climate crisis, while recasting "climate crisis" to mean not just the interlocked material processes destroying earth systems now, but also a conceptual and ethical dilemma about what is to be done about it.

From Emily Brontë and Gerard Manley Hopkins to J.M.W. Turner, Christina Rossetti, and unknown romantic-era painter John Berryman, among others, the thinkers arranged here grasped that their modernizing world was best understood not as continually improving, progressively enlightening, or providing increased comfort for ever more people. Instead they saw themselves as part of a slow-motion catastrophe. The extractive rationality metastasizing over their lifetimes was based on coercion and growth and would culminate, they intuited, in what Rossetti called our “common ruin.” The endgame of these logics is visible today in wildfires, floods, and superstorms: dialectical images of our unwinding present, but also traces of a nineteenth century we have not yet outlived.

A recent essay in The Victorian Review frames some of the key stakes of this project, and a short piece in The Ecologist outlines the uncanny sense of living in a dilated and unfinished nineteenth century. My recent courses, Nineteenth-Century Ecologies, Tragic Ecologies and Approaching the Anthropocene, which was linked to the 2016-2018 Mellon-Saywer Seminar I co-directed, helped me test some of these ideas in dialogue with students. A few blog posts (here and here) float initial treatments of some ideas. And an essay on Christina Rossetti, which will become a section of the book, has been published in Nineteenth Century Contexts. I am grateful to e-flux journal for letting me try out a very early version of another section at their studios in New York (see video below). The working title comes from Hopkins:
Thou hast bound bones and veins in me, fastened me flesh.
And after it almost unmade, what with dread,
Thy doing: and dost thou touch me afresh?
Over again I feel thy finger and find thee. 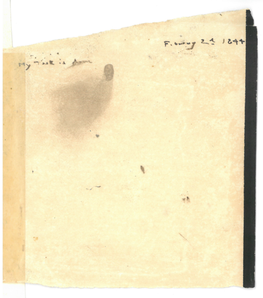